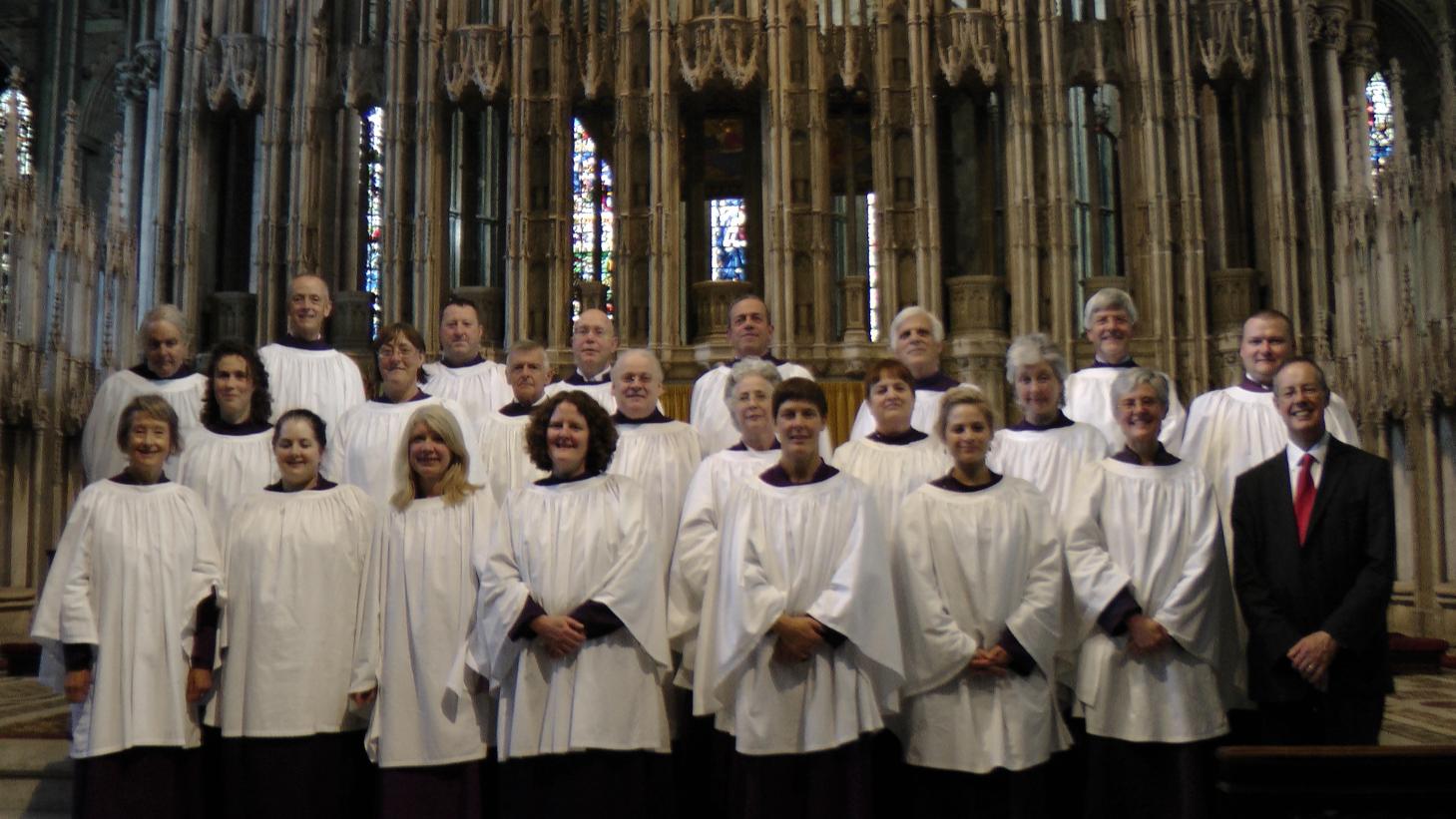 The Buxton Madrigal Singers are a chamber choir that were originally formed by Chris and Janet Holleworth in Buxton around 1964. They used to rehearse in a spacious front room on Robertson Road and each used to chuck 6 (old) pence into a glass bowl to buy music.

The original members were:

Andrew went off to University and was replaced by Michael Williams who had just come down from Oxford to return to his home town to practice law. Under Michael's direction, the group was expanded to form a small chamber choir who eventually took on the responsibility for providing the choral forces for one of the Festival Masses during the annual Buxton Festival which was often recorded for transmission by the BBC as one of its Sunday Worship programmes. The Choir has also travelled to Durham Cathedral for many years to sing a weekend of services during the cathedral Choir's summer recess.

They share many members with the Buxton Musical Society and the Choir of St John's Church, Buxton.